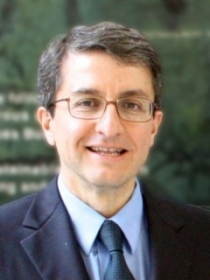 In 1982 Dr. Adem received his BS from the National University of México, and in 1986 he received his Ph.D. from Princeton University. After holding a Szegö Assistant Professorship at Stanford University and spending a year at the Institute for Advanced Study in Princeton, he joined the faculty of the University of Wisconsin-Madison in 1990. He remained there until appointed Canada Research Chair in Algebraic Topology at the University of British Columbia in 2004. He has held visiting positions at the ETH-Zurich, the Max Planck Institute in Bonn, the University of Paris VII and XIII, and Princeton University.Dr. Adem's mathematical interests vary widely over topics in algebraic topology, group cohomology and related areas. He has given over 200 invited lectures, including one for the celebrated Bourbaki Seminar in Paris. His monograph Cohomology of Finite Groups(written with R. James Milgram) was published as a Springer–Verlag Grundlehren (Volume 309) in 1994; a second edition appeared in 2004. He was awarded an NSF Young Investigator Award in 1992, a Romnes Faculty Fellowship in 1995 and a Vilas Associate Award in 2003. Since 2004 he has been an editor for the Transactions and the Memoirs of the American Mathematical Society.During the period 1999-2002, Dr. Adem served as Chair of the Department of Mathematics at UW-Madison. From 2003 to 2007, he served as co-chair of the Scientific Advisory Committee for the Mathematical Sciences Research Institute in Berkeley, and as a member of their Board of Trustees On January 1, 2005, he became the Deputy Director of PIMS, and on July 1, 2008 he became the Director of PIMS. He also serves on the Board of Directors of the Atlantic Association for Research in the Mathematical Sciences and the Banff International Research Station. On February 1, 2015, he became the CEO and Scientific Director of Mitacs.