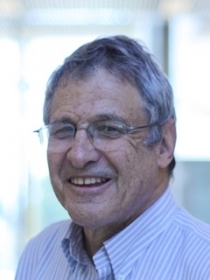 He has been an IBM Watson Postdoctoral Fellow, Associate Professor of Mathematics at UNC Chapel Hill and Research Staff Member at the IBM Almaden Research Center. Since 2002, he has been Professor of Mathematics at the University of British Columbia, serving as Department Head from 2002 to 2007. He has held visiting and adjunct associate professor positions at UC Berkeley, UC Santa Cruz, and Stanford University and served as principal PhD supervisor for students at UNC Chapel Hill, UC Santa Cruz, Stanford University and UBC. He has published more than seventy research papers in ergodic theory, symbolic dynamics and information theory, and co-authored "An Introduction to Symbolic Dynamics and Coding" (Cambridge University Press, 1995, 1999) with Doug Lind. He holds twelve US patents, is an IEEE Fellow, and shared the 1993 Leonard J. Abraham Prize Paper award of the IEEE Communications Society with Paul Siegel and Jack Wolf.

Professor Marcus currently serves as the Deputy Director of the Pacific Institute for the Mathematical Sciences.