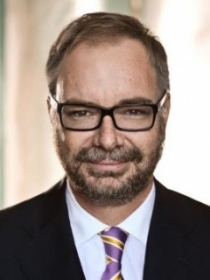 Professor Colliander is the Director of the Pacific Institute for the Mathematical Sciences.